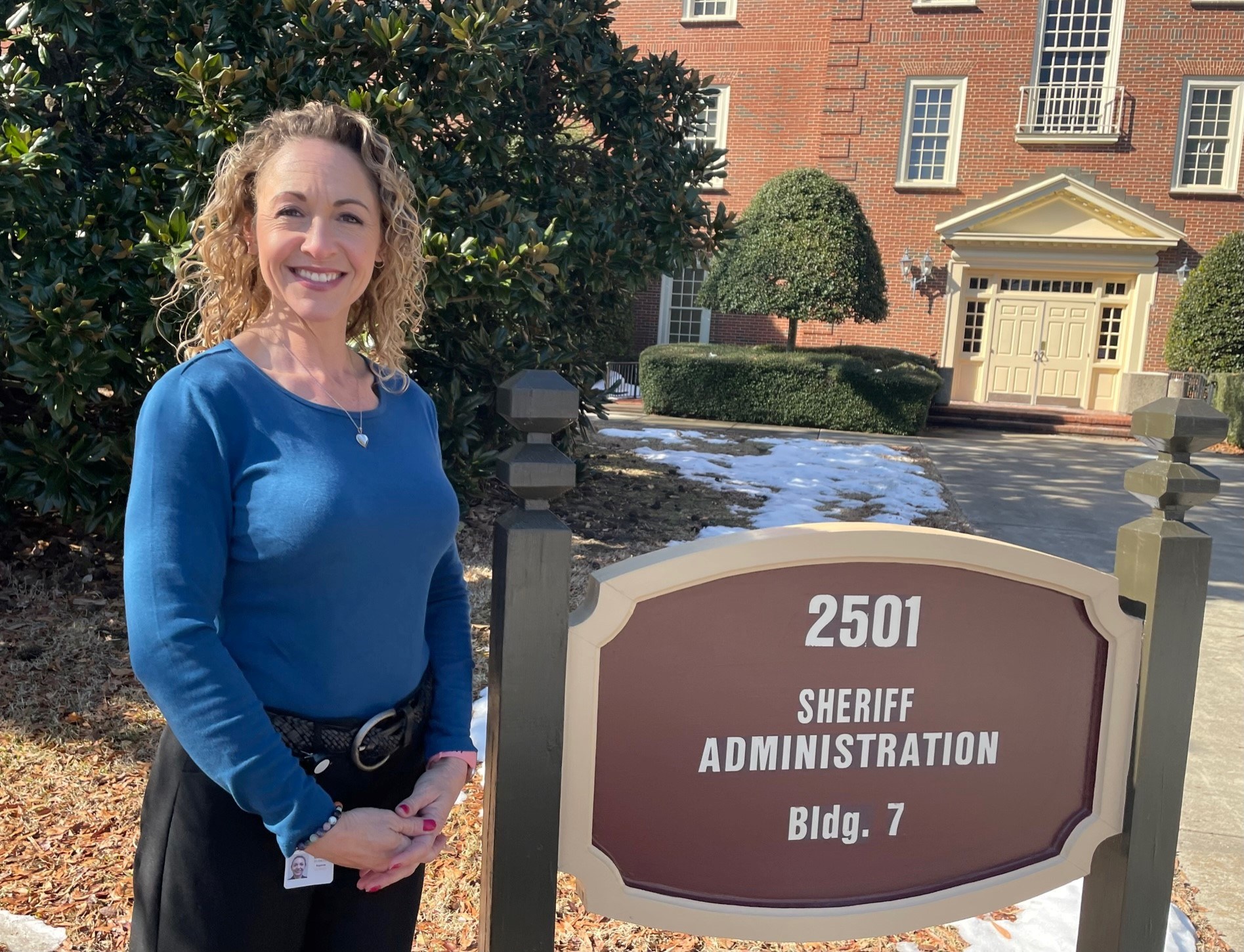 Back to Basics: A 17-year law enforcement veteran goes back to basic training

I am Margie Hobbs, one of two Public Information Officers for the Virginia Beach Sheriff’s Office. Twenty-three years ago, I was 23 years old, with no children. I was young with limited life experience , but I had a desire to serve and to make my community a better place. So I applied for the Virginia Beach Police Department and, four months later, walked through the doors of the Virginia Beach Police Academy, which at the time was held in a trailer near the Police Department’s Special Operations Complex. I was one of very few women in the department at the time, so I was determined to show that I could do the job as well as – if not better than – my male counterparts. Five months later, I graduated and became a certified law enforcement officer.

Over the years I served as a patrol officer, Public Information Officer and sergeant in Operations, Economic Crimes and Special Investigations, where my unit investigated computer crimes against children and prescription fraud. After the Police Department, I went to work for Virginia Beach Emergency Communications & Citizen Services, where I served as Public Information Officer, recruiter and instructor.

Then in August 2021, I joined the Virginia Beach Sheriff’s Office as its first sworn Public Information Officer. In hiring me, the command hoped to combine my PIO experience with my law enforcement experience. But there was a catch: I would need to go back to the Basic Academy.

That’s what brought me here, just three days away from starting the Basic Academy (again). This time, I have two kids and 23 years of experience under my belt (17 as a law enforcement officer).

Who says you can’t teach an old dog new tricks?

When deputies are hired at the VBSO, they are sworn in as recruits and work alongside certified deputies in the Virginia Beach Correctional Center for about six months before they attend the Basic Academy. During those first few months, they are mentored and monitored by a training officer and learn whether the job is a good fit for them (and vice versa). Then they attend the 17-week VBSO Basic Academy, where they learn the tools of the trade and earn their Basic Jailor and Civil Process certifications from the Virginia Department of Criminal Justice Services (DCJS). To do so, they must meet all of the DCJS criteria and pass their exams. They also must qualify with their firearm and pass emergency vehicle operations and defensive tactics.

My journey was a little different, since I was hired to work in the Public Information Office rather than the jail, but my training will be pretty much the same as every other deputy’s.

How do I expect this academy to be different from the first one I attended? I am 23 years older , I have children and I bring a lot of different law enforcement experiences – and life experiences – that I’ve accumulated over the years. So I’m approaching this academy with a much different perspective this time around. In addition, I am also a certified DCJS instructor now, so I look forward to being a student again and absorbing the information presented by our department’s top-notch instructors.

Back in the police academy in 1999, I was big into fitness in general, but over the years I fell in love with distance running and lifting weights, which I think will serve me well the second time around. Another plus: the academy is in a great location: the Law Enforcement Training Academy off South Birdneck Road. It’s the former Seatack Elementary School and is used by the VBPD and VBSO to train new police officers and deputies.

I’m no longer a fresh-eyed 23-year-old , but I still have the same desire to serve and to make our community a better place.

The VBSO’s 52nd Basic Academy Class will start with 22 recruits: 15 men and seven women, including me. The youngest is just 18. I’m the oldest recruit at age 46, but the second oldest isn’t too far behind (he’s 43).

The academy is well structured to ensure that the recruits meet all of the DCJS and physical/tactical requirements, including physical training, LawFit, defensive tactics, firearms, ASP baton, pepper spray, tear gas and so much more. The academy is very rigorous, and not everyone will make it through. That’s part of the training process … we want the best-trained, most-disciplined, fittest deputies on our team. We want those who graduate to be successful in their careers as law enforcement officers and capable of meeting the unique challenges of the job. We owe that to each other and to the citizens who trust us to protect and serve them. Not everyone can – or should – do this job.

I plan to be among those who walk across the graduation stage 17 weeks from now.

What is the goal of this Back to Basics blog? I want to show the rigors of academy training firsthand to those who have never experienced it. I want to show that this career is a viable option for women, minorities and those who may be a little older than 18 (like me). I want to show the camaraderie that forms between the recruits, as these mutual experiences bond you together like nothing else. Even after all these years, my VBPD recruit Class #27 remains tight. I want to show the caliber of our training and the overlap with the Virginia Beach Police Department. For example, both departments train in defensive tactics, firearms, active shooter response, pepper spray, ASP baton and crowd management, to name a few. This prepares us to work together, which we frequently do. On that note, another difference I have seen so far is that the Virginia Beach Sheriff’s Office and Virginia Beach Police Department have grown closer over the years, working together at special events in the city and patrolling side-by-side during summer Oceanfront operations. I think that benefits both departments and, most importantly, the public.

Over the next 17 weeks, I will share with you the highlights of my journey as part of VBSO Basic Academy Class 52-22. Along the way, hopefully I can help educate others on the duties and training of the deputies of the Virginia Beach Sheriff’s Office and share the successes of our recruit class.

Back to Basics: A 17-year law enforcement veteran goes back to basic training …

Back to Basics: A 17-year law enforcement veteran goes back to basic training …