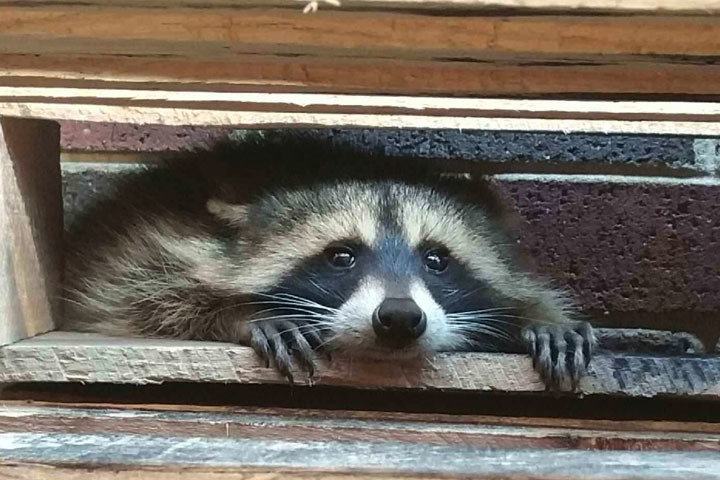 A masked bandit on the run from Georgia has broken into the Virginia Beach Correctional Center and stolen the hearts of the staff.

While most inmates would prefer to break out of jail, the bandit – a raccoon – decided the Correctional Center was a great place to make its new home. It stowed away on a pallet from Georgia that was delivering a toolbox to the facility two weeks ago. The raccoon – which has been nicknamed Bandit – entered the jail through a small hole in between two of the buildings and made a home inside the wall.

It liked the jail so much, it decided to stay.

Bandit frequently makes appearances at the window for the jail’s Canteen, where snacks for the inmates are stored.

Animal Control estimates Bandit is less than a year old and, because it has stayed, has likely found a source of food and water. It appears to be healthy and does not have contact with people inside the jail or access to the inside of the facility.

The Virginia Beach Sheriff’s Office investigated and determined Bandit has an escape route: a small hole that’s too tiny for an adult human, but just the right size for a juvenile raccoon.

Reporters interested in a jailhouse interview with Bandit are invited to a media availability at 2 p.m. today at the jail at 2501 James Madison Blvd. (Alpha 1 entrance).

If you have any questions or require additional information, please contact: Kathy Hieatt, Public Information Officer: 757.385.8446 or khieatt@vbso.net.